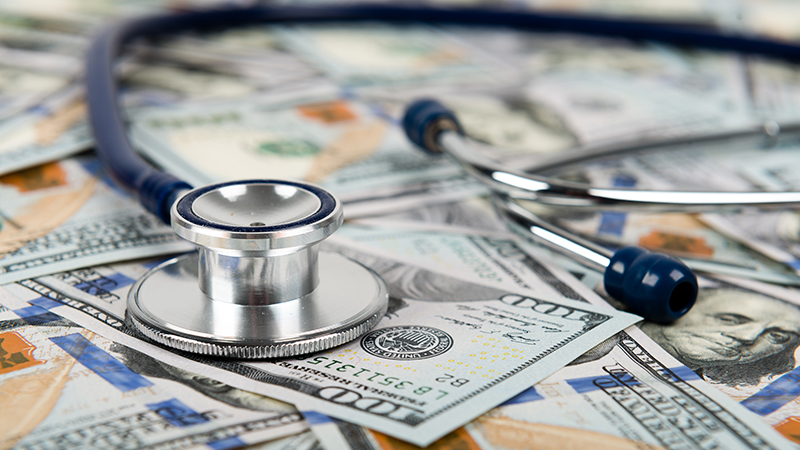 There are a variety of rules and regulations that are required to be followed when recovering Medicare Bad Debt. Americollect has created an informative webinar with handouts, an example of a Medicare Log, and an article about claiming Medicare Bad Debt to help you better understand exactly what needs to be done to properly claim what you are owed.

If you are interested in better understanding Medicare Bad Debt, let us talk with you one-on-one and help answer any questions you may have.

It is unheard of for most Fiscal Intermediary to allow Medicare bad debt after the cancelation of first placements but before the placement of second placements, but a recent ruling may open the floodgates to do so. The ruling I am speaking of occurred July 25, 2016, where the United States District Court for the District of Columbia ruled in favor of a group of hospitals who were denied reimbursement for certain Medicare bad debt. In this case, the court reversed the finding from the Fiscal Intermediary for the Secretary of the Department of Health and Human Services who denied the Medicare bad debts. This article will look more into the ruling and also what should hospitals consider from this ruling.

– Unpaid because deceased with no estates,

– and Fees paid to collection agencies on partial pays.

Below are the accounts that cannot be claimed:

– Unpaid due to deceased where probate was never filed,

– and unpaid accounts when the billing and collection policy is not followed,

To claim Medicare bad debts, you have to place similar/identically work events into the account regardless of primary insurance. You will also need to attempt to collect the debt must last a minimum of 120 days. This 120-day rule is the same as 501r that the clock starts the day the patient is sent the first statement. All Medicare bad debt claims that are logged/canceled from the collection agency must be within the fiscal year being reported or to say it differently, if you forgot to claim several older Medicare accounts that were canceled in previous fiscal years, you cannot claim them now. Medicare allows five months after fiscal close date to report the log of accounts.

The Hospital’s “Reasonable Collection Efforts” in the Court Case: In 2004, 2005, and 2006 a group of hospitals claimed accounts as Medicare bad debt. Initially, all hospitals worked internally to collect all accounts by sending statements to patients. After 90 days, the hospital outsourced the first party phone calls to patients in the name of the hospitals. A final notice was also mailed by the first party outsourcer if the account had remained unpaid. All accounts (Medicare and non-Medicare) were then canceled back to the hospital to be listed with an outside collection agency for first placements. The first placement agency would work the listed accounts for 120 days. If the Medicare patient didn’t agree to terms of payment, the account would be canceled back to the hospital who then would write the account off to bad debt internally. Previous to 2004, the Fiscal Intermediary had accepted these accounts as Medicare bad debt but in 2004, 2005, and 2006 they were told they would not be accepted as they were not following identical collection efforts.

The Ruling: The basics of the ruling by the courts came down to the fact that the hospital made a “sound” business decision in claiming the accounts as Medicare Bad Debt before they went to second placements and that a requirement that comes from the Omnibus Budget Reconciliation Acts of 1987, 1988, and 1989 where Congress froze in place the Secretary’s interpretations of the bad debt regulations and guidance as they existed on August 1, 1987 (called the Bad Debt Moratorium). The Hospitals had listed on several occasions before the 1987 Bad Debt Moratorium were the secretary allowed a more flexible approach to Medicare bad debt. Because of these previous examples of flexibility, the court ruled in favor of the hospital.

To Claim or Not to Claim Before 2nd Placement: If (and this is a big “if” because of the legal cost that could be incurred) hospitals want to claim Medicare bad debt before second placing accounts, then the hospitals need to make the case of a “sound” business decision to treat Medicare and non-Medicare debt collection differently. In doing so, they have a leg to stand on against the Fiscal Intermediary to claim accounts as Medicare bad debt before placing accounts for second placements.

Another Solutions for Medicare Bad Debts:

Wait – The statute of limitations for collections vary from state to state, but the accounts will be canceled back by the collection agency at some point. At this point, all Medicare accounts (besides those that were previously canceled for bankruptcy and deceased) can be claimed on the cost reports.

Medicare Separation at the Collection Agency – Something that I would strongly suggest to make your life easier when it comes to Medicare bad debt is to ask your collection agency to create two separate client codes to allow for easier tracking of Medicare bad debts. Americollect asks this question during the implementation of our new clients or changeover of systems to allow us to easily and quickly report back all accounts in a fiscal year that we cancel for Medicare bad debts.

If you have any questions in regards to Medicare bad debts or Americollect as a whole, please contact Shawn Gretz at shawn@americollect.com or 920-420-3420.

Changes May Be Coming For Medicare Bad Debt

In late May, the Centers for Medicare & Medicaid Services (CMS), proposed changes and updates to the Medicare bad debt rules and regulations[i]. While the comment period has ended, there are several changes that hospitals should be aware of as they go into effect before, on, and after October 1st as noted by each section of the IPPS rule. This article will shed a light on what some of those changes are to prepare hospitals for the implementation of the rule.

Before we dive into those changes, lets first discuss what the Medicare Bad Debt rule is at very high level as it is complex. With the implementation of Medicare Part A (Facility charges), beneficiaries (patients) where made responsible for payments of copayments and deductibles. Shortly after this implementation, Medicare recognized that beneficiaries may fail to pay a deductible or coinsurance, which could lead to non-Medicare patients bearing those costs. Because of this, Medicare introduced a program where if a beneficiary did not pay for their services, Medicare would then reimburse the hospital for the non-payment, as long as:

Retroactive – CMS is proposing that many of the rules will be “retroactive.” The reasoning is that a “retroactive effective date does not affect prior transactions or impose additional duties or adverse consequences upon providers or beneficiaries, or does it diminish rights of providers or beneficiaries.” This may create urgency for hospitals to claim “worthlessness” of accounts in the fiscal year ending September 30 if the changes below will impact Medicare reimbursements.

These changes refer to creating a “policy for determination of indigence” which would describe the method by which indigency, or medical indigence, was determined and the beneficiary-specific documentation which supports the provider’s documentation of indigence. To me, this should be simply ensuring your Financial Assistance Policy is also your Policy for Determination of Indigence. You could also create a separate Policy for Determination of Indigence because an “an analysis of assets (only those convertible to cash, and unnecessary for the patient’s daily living), liabilities, and income and expenses” should be completed for determining indigence.

Must submit to State for Dual – CMS is proposing changes for dual eligibility to be considered a reasonable collection effort, a provider must determine whether the State’s Title XIX Medicaid Program (or a local welfare agency, if applicable) is responsible to pay all or a portion of the beneficiary’s Medicare deductible and/or coinsurance amounts. To make this determination, the provider must submit a bill to its Medicaid/title XIX agency (or to its local welfare agency) to determine the State’s cost sharing obligation to pay all or a portion of the applicable Medicare deductible and coinsurance.

These changes may require some significant updates to ensure your Medicare bad debt accounts are correctly quantified on upcoming cost reports. As always, if there are any questions on Medicare bad debt, please do not hesitate to reach out.

Claiming Medicare bad debt is the easy part! Passing a Fiscal Intermediary’s audit is the hard part. Watch this recorded webinar and learn some tips on how to pass an audit and suggestions on when to claim on the cost report.

This website uses cookies to improve your experience while you navigate through the website. Out of these cookies, the cookies that are categorized as necessary are stored on your browser as they are essential for the working of basic functionalities of the website. We also use third-party cookies that help us analyze and understand how you use this website. These cookies will be stored in your browser only with your consent. You also have the option to opt-out of these cookies. But opting out of some of these cookies may have an effect on your browsing experience.
Necessary Always Enabled
Necessary cookies are absolutely essential for the website to function properly. This category only includes cookies that ensures basic functionalities and security features of the website. These cookies do not store any personal information.
Non-necessary
Any cookies that may not be particularly necessary for the website to function and is used specifically to collect user personal data via analytics, ads, other embedded contents are termed as non-necessary cookies. It is mandatory to procure user consent prior to running these cookies on your website.
SAVE & ACCEPT

You are being directed to a website that is not owned by Americollect. Although we have verified the accuracy of this link from our website to this third party, the ownership of the domain names and content of the web pages may change without notice and is the responsibility of the third party.